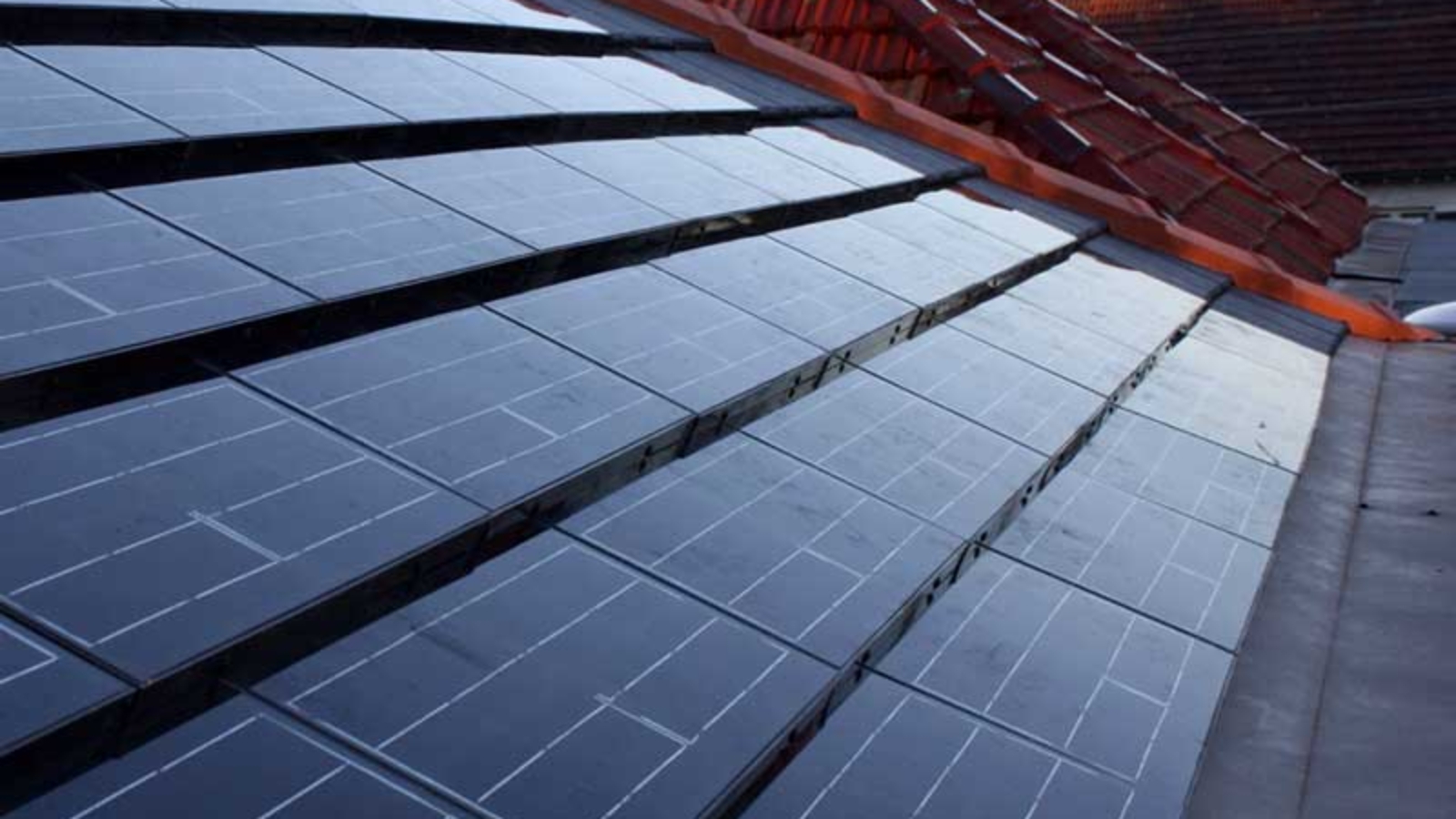 by Cambie Roofing Team
with no comment
Roof Systems

Unfortunately, much of North American still runs on nuclear power, coal and other fossil fuels. If we could get a cleaner source of energy, for example solar power it would have a big impact on the environment.
You’ve seen solar power roofs in the news, most notably when Tesla made a big splash recently with an advanced panel system that is more efficient and more powerful than the traditional technology.
But how viable is solar power in Vancouver? Is Solar Roofing Worth It? Let’s See.

Is Solar Roofing Worth It?

The main challenge is that Vancouver tends to have too much cloud cover for much of the year, especially in the winter months when electricity is most in demand. The northern latitude of the city also means days are shorter and solar radiation is less intense which of course, means less sunlight is converted to energy.  When we look in comparison to some States like California, New Mexico and Arizona which are sunny all year round and demand is highest in the summer when power generation is at its peak, solar energy makes more sense.
But that doesn’t mean that solar power will never work in British Columbia and we should write it off totally.
Lets’ have a closer look at the technology and see if the technology is and can ever be useful in Vancouver.

What If You Want A Solar Panel?

If you believe solar power is the best option for you there are multiple variables to consider when seeking out the best solar panels on the market. While more high-end panels will have higher efficiency ratings than others, investing in the best solar equipment doesn’t always result in the higher savings. The only way to find the “sweet spot” for your home is to evaluate quotes with varying equipment and financing offers.
For any homeowner in the early stage of shopping for solar that would just like a ballpark estimate for an installation, do some research online before calling anyone. There are a lot of different tools to help you estimate long-term savings and the upfront costs. You will want to compare quotes from multiple companies and multiple sources before making a final decision.

How Much Does The Solar Panel System Cost?

While there aren’t a lot of companies to choose from in Vancouver, installation prices will vary significantly depending on the solar company you choose and the equipment you install. Keep in mind installing cheap solar panels might feel like the easiest way to save some cash and get rebates, your total savings will often be higher if you invest in top-of-the-line equipment.
Don’t forget to research the solar incentives and rebates available. In British Columbia they can reduce your net cost by 50 percent or even more. In addition, the Canada government offers a 30 percent solar tax credit. Do your research as cities like Nanaimo offer additional tax incentives.

Is Solar Power Worth it?

The average cost of solar power system in Canada is currently between $15,000 and $30,000 which is far more than the average Canadian is willing to pay. The average household uses 7,500 kilowatt-hours (kWh) but of course that changes on the time of year and the price of electricity. You can certainly save money if you plan on using solar power in the long run but you will have to do some calculations to figure out how much you spend on electricity to see if it’s worth it.
In some parts of the country, you can pay as little as 8 cents per kWh; in others, you’ll pay 20 cents or more. In British Columbia, you pay 8.29 per kWh for the first 1,350 kWh you use and 12.43 cents per kWh for everything above that.
When you go solar, you effectively install a small power plant on your roof to replace the electricity you get from B.C. Hydro. That means homeowners with high electricity rates from their utility are the ones who save the most when they switch to home solar power. For people who don’t want to rely on a centralized power source this may be important. If there is a black out and if you have a solar power generator you may not be effected.

If you want to install solar power because you want to reduce your carbon footprint there won’t be much difference if you live in British Columbia because over the long term, the carbon footprint of hydro power isn’t much different from solar. Hydro power uses water and floods entire valleys while solar panels requires large amounts of energy and toxic chemicals for the manufacturing process.
According to scientists, solar panels in a rooftop installation produce about 41 grams of CO2 equivalents per kilowatt hour over the lifetime of the system, mainly due to the energy required to manufacture the equipment while hydroelectricity produces 24 grams of CO2 equivalents per kilowatt hour.

For all solar electricity’s advantages, Vancouver is not the best place to install and use solar roofing system. The technology really works best where there is more sun for longer periods of time. In addition, power is not very expensive, so you won’t get much savings.
That’s not to say that solar electricity will be a bad idea forever. The technology will improve and become more affordable so sometime in the future it might replace hydro power as B.C.s number one electracy source. More forward-thinking companies like Tesla will find creative solutions that will benefit cloudy cities like Vancouver.

Vancouver's Roofing Leader for 75 years. Your trusted partner in the GVRD to keep you and your loved ones dry and secure.